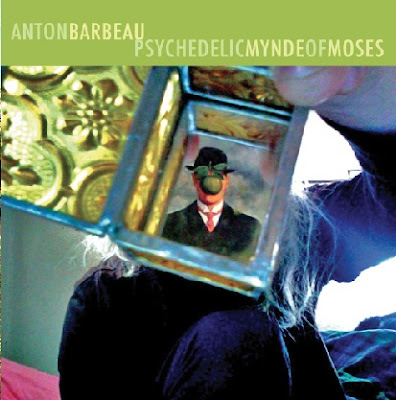 I learned about this guy, just recently (2010) with his super-cool-psychedelic-pop creation “Psychedelic Mynde of Moses”. It is obvious that this one caught the eyes (and ears of course) of Keith’s FdM label. So, what we have here is a delicious vinyl single, with 2 cover versions and a re-arranged version of “Psychedelic Mynde of Moses”. This version pretty close to the original features Nick Saloman of The Bevis Frond on guitar, so more talking (writing) would be needless. “Sometimes I Wish I Was A Pretty Girl” was originally released on 1984 Robyn Hitchcock’s album “I Often Dream Of Trains”, Ant took this song, relented and sweetened it a bit and presents it under a marvellous psychedelic 80s way. Ant, except Robyn, pays his dues to another cult-80s-resuscitator of the 60s- figure, the mighty Julian Cope. “Out Of My Mind On Dope And Speed” was originally included on Cope’s 5th solo album “Skellington” in 1989 and Julian would be really proud of Anton’s remake of the song. Period… I just only wish to add a subtitle on this FdM’s release; “The Art of Making 3-minute Psych-Pop Priceless Rubies”. TimeLord Michalis

posted by timelordmichalis στις 8:33 AM