THE BEVIS FROND – The Leaving Of London (review by TimeLord Michalis)

THE BEVIS FROND – The Leaving Of London
2011 (2LP/CD Woronzow)
www.bevisfrond.bandcamp.com 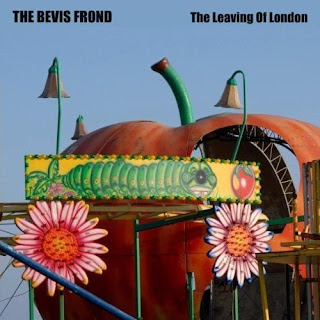 I believe that for all of us – non British – Walthamstow is better known not for “The Palace of Welcome” – a district of Northeast London, but for being the ‘home’ of The Bevis Frond. So, any news from Walthamstow is always Good News although now Nick has moved to Hastings in East Sussex on the coast. In this case the news is called “The Leaving of London” – the newest album of the band (20th in the row under the Bevis Frond moniker starting from 1987’s “Miasma”). Nick Saloman – frontman and the Soul of the band – puts on his beloved singer/songwriter costume and gives an end to our 7 years anticipation (you can call it the 7 years Bevis Frond itch) and releases new material since 2004’s “Hit Squad”. “The Leaving of London” is a ‘full’ album (also released as Double LP) over 75 min, consisting of 18 new-original tunes. 18 well-structured songs with real strong harmonies, inspired powerful self-biographical lyrics and with a polished High-Quality production by Nick himself, recorded at Gold Dust Studio, Bromley during March 2011 (released on his own Woronzow label). All songs are by Nick, who also plays the guitar, a few keyboards, the Grand-Piano and Sings… Precious is the help of his partner Adrian Shaw (Crazy World of Arthur Brown, Hawkwind) on bass, guitarist Paul Simmons (The Alchemysts) and Dave Pearce on drums. What we have here is not a typical Bevis Frond album, but to speak more correctly this album is as typical as the masterpiece (my humble opinion) “Valedictory Songs” was, from 2000. A lot of people say that it’s really hard to pin down a favourite track from this album, but “Reanimation” makes me wonder how I miss Nick’s early 90s. “Speedboat”, “More To This Than That” and “You’ll Come” are rudely brilliant punkish. “The Leaving of London” is one of the best ballads ever written in the last 15 or so years. Same goes with the wondrous guitar-adventurer “Too Kind”. The whole bunch is a mix of plenty styles. Melodic songs, up and mid tempo, beautiful just-guitar-bass songs, even more beautiful solo-piano songs, songs that are carefully dressed with wah-wah or backward guitar sounds with a sense of melancholic nostalgia all over the record. And then there is this voice. Sometimes the combination of his singing and guitar playing brings to mind Paul Weller, Jeff Buckley, Tom Petty, even Cat Stevens (just listen to “The Divide and you’ll get the picture). Is it British Indie? Lo-Fi? Balladesque Pop-Rock? Is it old-fashioned guitar-pop? Call it, everything you like, you can even call it New Psych-Inspired-Pop. I just call it A Bloody Delicate Cool Bevis Frond Album! TimeLord Michalis
***This year's TimeMazine will have an interview with Nick***
Track List:
01 Johnny Kwango
02 Speedboat
03 An Old Vice
04 More to This than That
05 The Leaving of London
06 Hold the Fort
07 Why Have You Been Fighting Me
08 The Divide
09 Reanimation
10 Stupid Circle
11 Son of a Warm Gun
12 Barely Anthropoid
13 Testament
14 You’ll Come
15 Preservation Hill
16 Heavy Hand
17 Too Kind
18 True North
But it here: